COVID-19 UPDATE: Beginning 9/20/21 we are temporarily requiring proof of vaccine or proof of a negative PCR Covid test within 72 hours to attend our events. See your event page for more info.

When Gene Muller founded his brewery in 1996, he did so as a “virtual” brewery on the web, and he named it “Flying Fish” for the constellation in that represents “exploration and adventure.” By allowing drinkers to engage with him directly, he soon garnered attention and accolades that led to the funding that made Gene’s dream a reality, and the first production brewery was built in Cherry Hill, NJ. Join us every first Friday for a themed Beer Tasting! 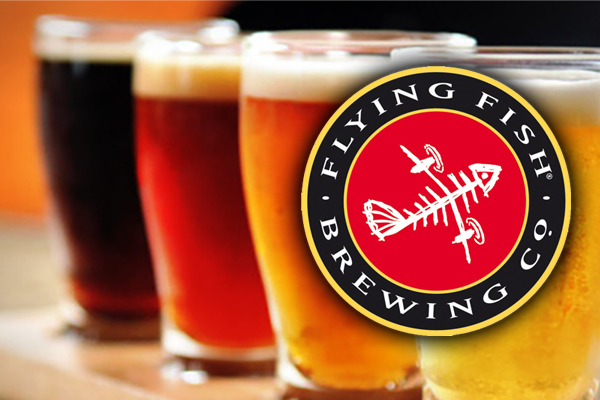