Albert was first introduced to music with the piano, learning classics and pop tunes before the likes of Jerry Lee Lewis inspired him to take up guitar. Spurred on by the recordings of Jimmy Bryant, Buddy Holly and The Crickets, Gene Vincent and The Everly Brothers, Albert left school at 16 and turned pro. He replaced Jimmy Page in The Crusaders before joining Chris Farlowe and The Thunderbirds in ‘64. He soon found his favored guitar of choice, the Fender Telecaster, while everyone else was playing Gibson Les Pauls and Stratocasters. He moved to Los Angeles, where he met his idols Phil and Don Everly. Don invited Albert to play with him and pedal steel legend Buddy Emmons. After working on Don’s second album, Albert left to join Joe Cocker’s band and was replaced by Lindsey Buckingham. Albert’s reputation was growing. He was then approached by A&M about putting together a solo album. At a pivotal point in his career, Albert was asked by Emmylou Harris to replace James Burton - one of his guitar heroes - who was leaving for Elvis Presley’s band. When he returned to London in 1978 for session recording, Albert met Eric Clapton. He was invited to join his band and played on Clapton’s live album “Just One Night”, which featured Albert on lead vocals for a cover of Mark Knopfler’s “Setting Me Up”. Albert fulfilled his boyhood dream to play with the Everly Brothers in 1983 when he acted as guitarist and musical director for their reunion concert at the Royal Albert Hall. He would then regularly tour with the Everlys on and off for 20 years. After two instrumental albums - “Speechless” (1986) and “Gagged But Not Bound” (1987) - steel player Gerry Hogan invited Albert to headline a festival in Newbury, England - fronting his own band for the very first time, Hogan’s Heroes. In 2002 he joined Eric Clapton, Tom Petty, Paul McCartney and other music legends on stage at the Concert for George at the Royal Albert Hall. Albert also recieved a Grammy Award in 2002 for his contribution to “Foggy Mountain Breakdown” featured on “Earl Scruggs and Friends”. This is your chance to see an absolute legend play live!

Meet & Greet Available pre-show at 6:30 PM. A Meet & Greet ticket is an additional $29.50 and includes a photo/autograph opportunity (bring along your favorite item) and 20-minute on-stage interview with Daniel Faga which includes video footage of Albert Lee performing with other musician). There are only 50 Meet & Greet spots available. You must have a ticket to the show and the Meet & Greet to attend. Meet & Greet tickets are available at the time of ticket purchase online, or by calling the Box Office.

Friends & Fanatics: Thank you for your support! As promised, you do not pay additional ticket fees. We are unable to remove the fee so we lower the ticket price you see below by $6.50 so that when the fee is applied it all balances out and you pay the original ticket price! Please call the Box Office with questions at 215-257-5808. 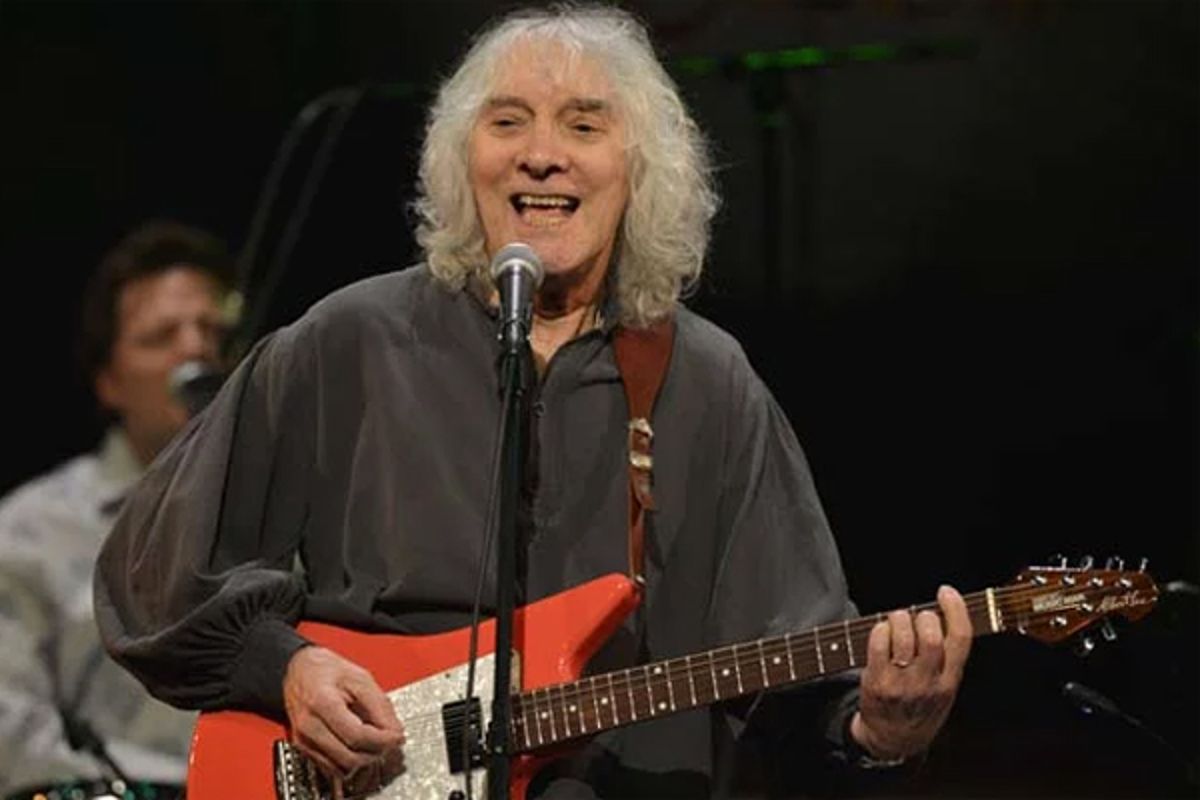