Native Americans taught early settlers how to grow pumpkins and by the 17th century, colonists learned they could use pumpkin instead of malt to make beer. Pumpkins were plentiful and were an acceptable substitute but pumpkin beer was never a favorite. As better ingredients became available, pumpkins were slowly phased out of the brewing process. By the 19th century, traditional pumpkin beer had lost much of its popularity.

In the 1980s, pumpkin beer made a comeback. Using some creative brewing to develop a “pumpkin” flavor with traditional spices – cinnamon, nutmeg, cloves and cardamom – Bill Owens of Buffalo Bill’s Brewery came up with just the right combination without using any pumpkin at all!

Many contemporary pumpkin ales do not contain pumpkin. Pumpkin ale is more associated with the spices that remind people of sweet fall-like flavors. It has become a seasonal specialty and goes well with traditional fall dishes – and pumpkin pie!

Join us for this special seasonal beer tasting event. 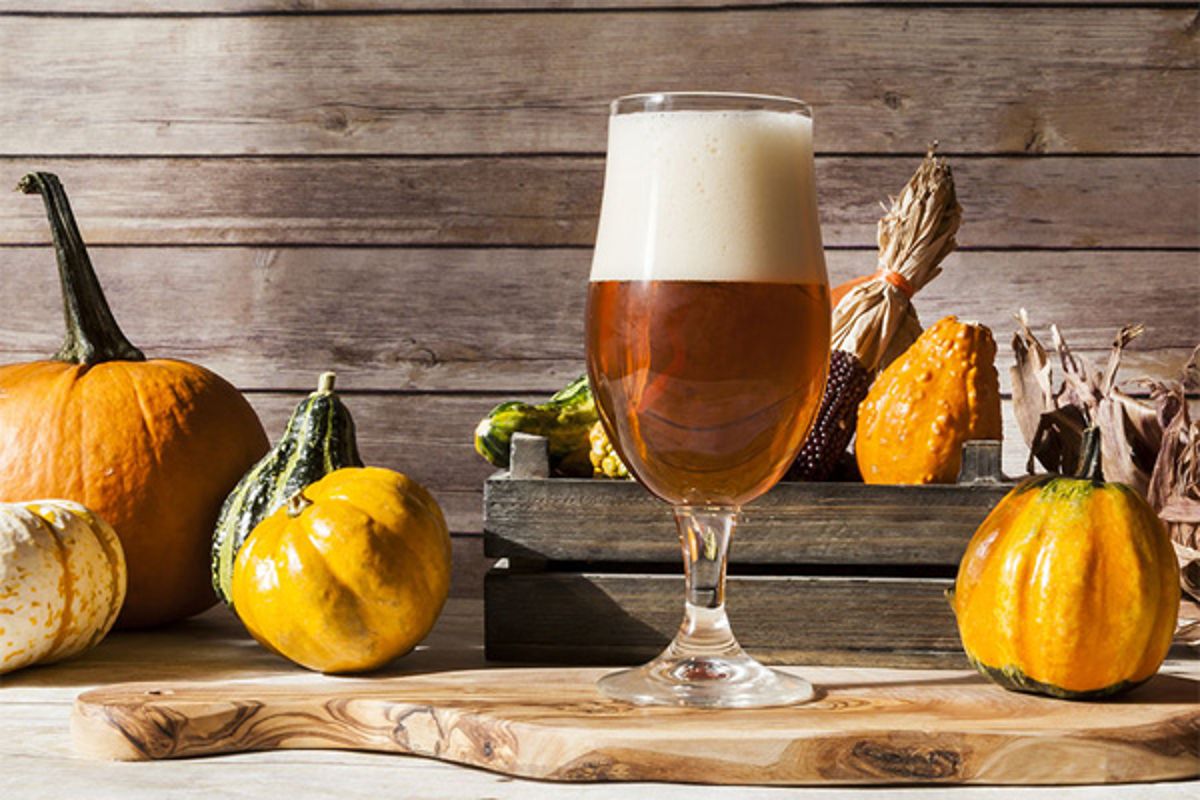